‘The Mother of Radar’, Margaret Robertson was born in St Catherine’s Road, Perth. Her father, David, was a draughtsman and her mother was employed in Campbell’s Dyeworks. Her father was a partner for a few years, along with Alexander Robertson in the Perth Foundry business, Paul Street, off the Old High Street. Margaret was educated at Perth Academy where she showed an aptitude for languages. She worked for a brief time in the office at Perth Foundry. In 1904, she left Perth to go to London where her father had taken up a position of draughtsman. Her grandfather, Mr D Robertson was the founder of the stationers and booksellers’ business at 95-97 High Street, Perth.

Shortly after being married, Margaret returned to Perth for a visit – in 1916 – along with her husband Robert Alexander Watson Watt. Watt was born in Brechin, 13 April 1892, and is regarded as the ‘Inventor of Radar’. At the very least, he was a significant contributor to its development. Watson was not the only person to have thought about the possibilities in this area, but he was the first to produce a workable solution. Watson Watt added a hyphen between his last names to become ‘Watson-Watt’ in the 1940s. In his autobiography ‘Three Steps to Victory’ he introduced the unsubstantiated fact that he was a descendant of James Watt of Greenock, the inventor of the first practical steam engine in 1776.

Watson-Watt attended University College in Dundee, where he was introduced to wireless telegraphy, radio frequency oscillators and wave propagation while assisting Professor William Peddie, the Chair of Physics at Dundee. At the age of eighteen, Robert won a prize in Chemistry and graduated with a BSc in Engineering in 1912.

Margaret was a teacher in Dundee and had studied at University College. She attended evening classes where her future husband was the lecturer. She also went to evening classes in metalwork and learned to make jewellery. Watson-Watt and Margaret Robertson married on 20 July 1916 in Hammersmith, London. That year he joined the Meteorological Office which was interested in his ideas for using radio to detect thunderstorms.

They started their married life living in a wooden hut between Aldershot and Farnborough, the Wireless Station of Air Ministry Meteorological Office. A second hut was used for their joint research work. Margaret used her jewellery-making skills to repair Robert’s devices, soldering connections and making repairs to the apparatus. At the time, Watson-Watt described his radio apparatus as little more than lengths of wire. Margaret’s other duty was that of recorder and observer of the radio experiments. Every two or three days, she would cycle into Aldershot to buy supplies for the home.

During the Great War, Margaret had another useful skill, she transcribed messages from Paris in Morse-Code and passed them on the British High Command in Aldershot. She also listened to the time signals from Berlin and Paris, with a stopwatch in one hand and a telephone in the other, and at precisely the correct moment gave the word ‘Go’ to the command HQ. They then sounded three ‘pips’ on a siren. This was the forerunner of the BBC Time Signal.

In 1923, Watson-Watt set sail for the Indian Ocean and the Red Sea for three months to study atmospherics. Margaret later joined him in Alexandria, and they set up tents on the outskirts of Cairo full of equipment for further experiments. Armed Bedouins carried off the tent with the apparatus.

Without the apparatus, they moved further up the Nile to the Helouan (Helwan) Observatory. The government of Sudan then invited them to Khartoum and provided them with a house. Here they conducted more experiments into atmospherics with some of the best thunderstorms they had ever seen.

Back in Britain, Margaret became a homemaker again until nine years later when she once again became the assistant to Watson-Watt in his research work. This time they were off to Tromsø, Norway, two hundred miles within the Arctic Circle.

Watson-Watt joined the Meteorological Office, which in 1927 was amalgamated with the National Physical Laboratory (NPL) – with Watson-Watt at the head. In 1933, he became Superintendent of the NPL in Teddington. By 1934, he was the head of Radio Research at Ditton Park near Slough. He was approached by the Air Ministry who asked him whether a radio wave could be used to produce a death-ray. The Germans had claimed that they had invented a device that could do this. Working with Arnold Wilkins at the time he assured the Air Ministry that this was, of course, impossible, but it did give him the chance to put forward the idea of using radio to detect aircraft. Soon Watson-Watt and Wilkins demonstrated to the Air Ministry official and physicist, A P Rowe (also known as Jimmy Rowe).

On 2 April 1935, Watson-Watt was granted a patent for radar and by June was detecting aircraft up to fifteen miles away. By the end of the year, this had risen to up to sixty miles. What Watson-Watt eventually produced was the highly effective Chain Home radar system. This proved to invaluable during the air battles that were to come.

Initially, the work of the Telecommunications Research Establishment (TRE) was carried out was at Bawdsey near Felixstowe. This was felt to be a bit unsafe as it was just a short German E-boat run over the English Channel should war break out. The name of the unit changed in 1936 to the Air Ministry Experimental Station (AMES). When the war broke, out the team rushed to Dundee University where the Rector was only dimly aware of an earlier conversation with Watson-Watt about them working there.

Part of the team, now at Dundee, which was working on Airborne Interception Radar (AI), was sent along to RAF Perth (Scone) airfield to work. This was not entirely suitable and later in the year, the main part of the team was moved down to RAF St Athan in the Vale of Glamorgan, Wales. This also was found to be unsuitable, and the team was moved again to Worth Matravers in Dorset near Swanage. By May 1940, the distance between the teams proved unworkable and the AMES team left Dundee to a new location near the AI team at Worth Matravers.

Watson-Watt managed to cut through red-tape and have the Radar stations staffed by Women’s Auxiliary Air Force (WAAF) members who did the calculations and passed on the enemy raid information by telephone to Fighter Command. The first five coastal radar-manned stations were up and running by July 1938, By the time the Second World War started on 1 September 1939, there were nineteen operational radar stations.

Watson-Watt filed patents in 1935 and 1936 on a system to identify friend or foe (IFF) aircraft. The first active IFF transponder was first used experimentally in 1939. Watson-Watt had an assistant, Edward Bowen, who came up with an airborne radar system to help pilots detect enemy planes beyond visibility. Watson-Watt also helped develop the use of radar for use by the Royal Navy against German U-boats.

In 1942, Watson-Watt was knighted becoming Sir Robert Alexander Watson-Watt, KCB, FRS, FRAeS. In 1952, Watson-Watt was given £50,000 by the British Government for his work on radar. Margaret filed a divorce petition against Robert on grounds of adultery, and they divorced that year. Margaret returned to Perth, purchasing Dunalistair, Muirton Bank, Perth. Watson-Watt moved to Canada where he set up an engineering consultancy. In Canada, he married his second wife, Jean Wilkinson. Whilst in Canada, he ironically received a speeding ticket from a policeman using, a radar gun. Robert wrote an ironic poem (‘Rough Justice’) afterwards:

strange target of this radar plot

And thus, with others I can mention,

the victim of his own invention.

but now by some ironic twist

it spots the speeding motorist

and bites, no doubt with legal wit,

the hand that once created it.

Jean Wilkinson died in 1964 and Watson-Watt returned to Scotland and in 1966 at the age of seventy-four, he married for the third time, Dame Katherine Jane Trefusis Forbes who was sixty-seven at the time.

Watson-Watt lived in the winter in London with Dame Katherine Forbes and in the summer at ‘The Observatory’, the home of Dame Katherine in Pitlochry. Dame Katherine was the first director of the Women’s Auxiliary Air Force (1939-1943). She died in 1971.

Watson-Watt died two years later – in 1973 – in Inverness, age 81, and is buried along with Forbes in the churchyard of the Episcopal Church in Pitlochry.

Margaret, Lady Watson-Watt, passed an Italian ‘A’ level course in 1972, only one of six to pass the exam and while in her eighties. She celebrated her 102nd birthday on 3 May 1988 with a sherry party and specially made cake at St Johnstoun Nursing Home, Perth. She passed away peacefully on Wednesday 7 September 1988 at St Johnstoun Nursing Home. A funeral service was held in St Stephen’s Parish Church, Muirton and she was interred thereafter in Dunning Cemetery.

Watson Watt once paid tribute to the value of Margaret Robertson Watson-Watt’s contribution:

‘The technique we worked out in those years has been extended over the whole field of radio research, and in that sense was the forerunner of the experiments that led to radio location‘.

The couple had no children.

Campbell’s Dyeworks was in St Catherine’s Road. It was destroyed by fire 20 May 1919 and then amalgamated with Messrs J Pullar & Sons, Limited. John Pullar who established Pullars was apprenticed to Peter Campbell in 1814/16.

Robert Watson-Watt ‘was born Robert Alexander Watson Watt, no hyphen. Watson and Watt are however family surnames. The hyphen appears later in his life when he introduced it into his signature and literature. His birth certificate is clear, no hyphen and registered as Robert Alexander Watson Watt’. In addition, ‘the connection with James Watt is unproven by BDM records on both individuals which separate them by timelines, geography and social status. Sadly, it’s a genealogy connection that continues to be repeated on numerous websites and publications. There is no established connection between two of Scotland’s greatest engineers.’

Robert Watson-Watt was ‘a bit of a snob and desired acceptance by the upper classes’ which it is suspected ‘triggered the arrival of a hyphen’. ‘Interestingly, he “acquired” a genuine one when he married his third wife, Dame Catherine Trefusis-Forbes. He was also ‘a dedicated self-publicist and loved being the centre of attention. He introduces the link with James Watt in his autobiography Three Steps to Victory’. It has ‘remained unchallenged and unsubstantiated ever since’. 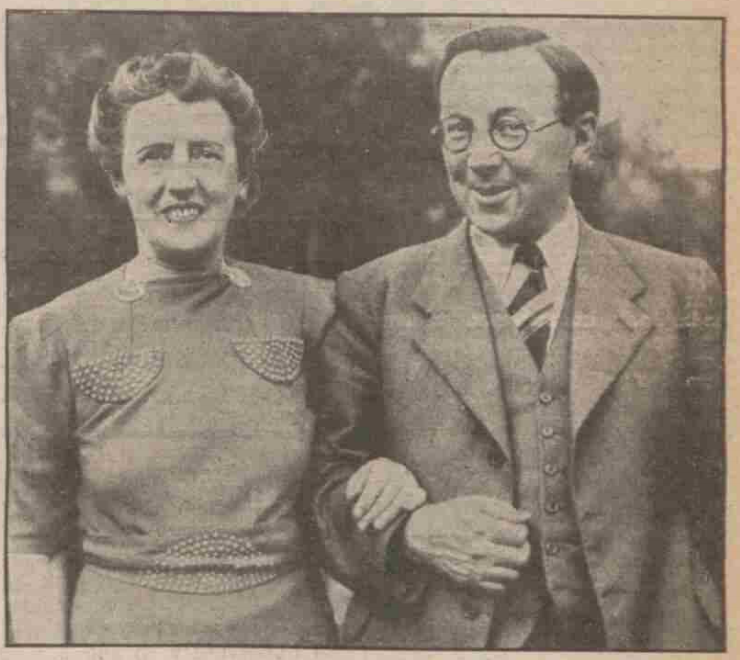 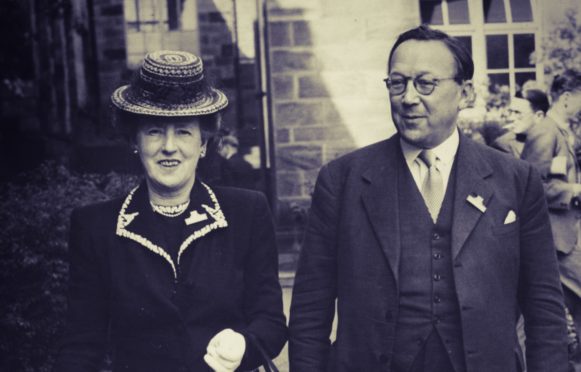 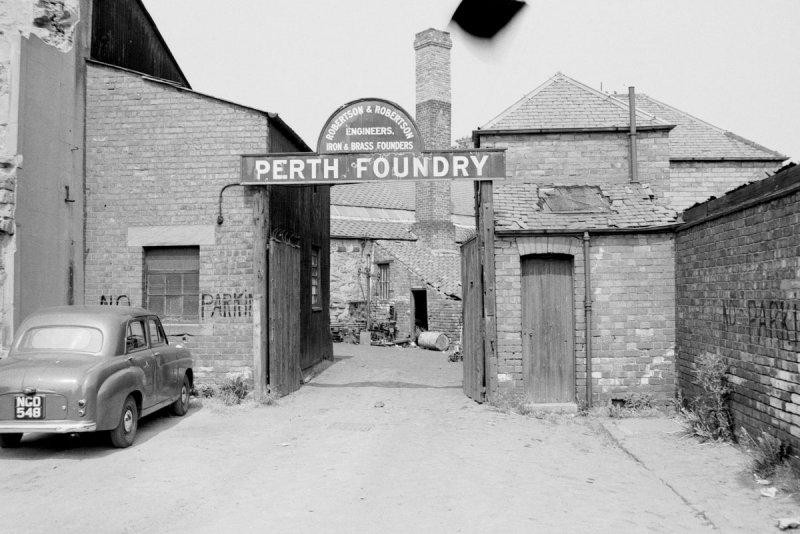 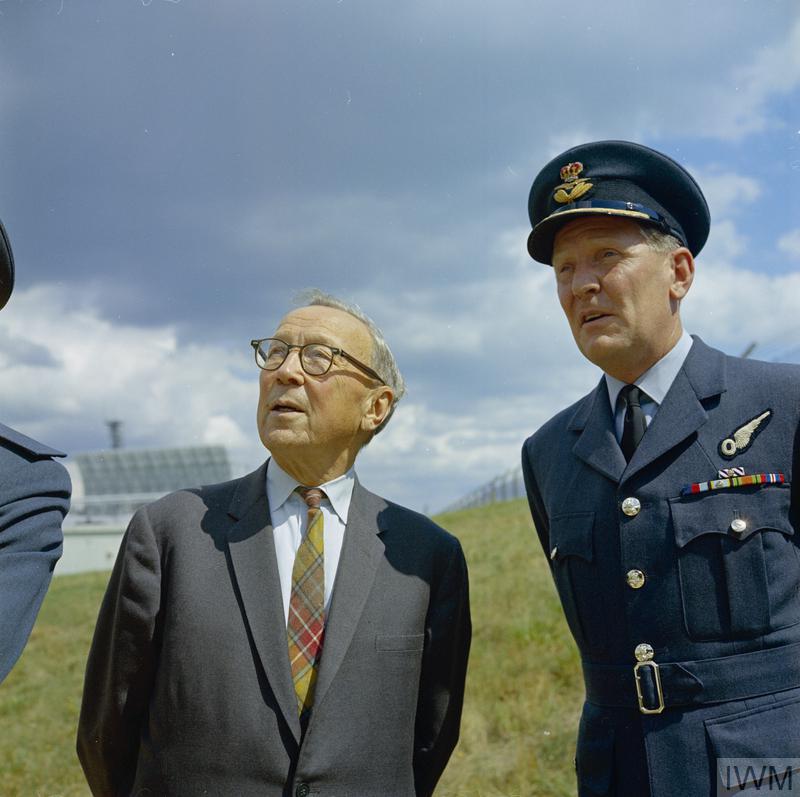 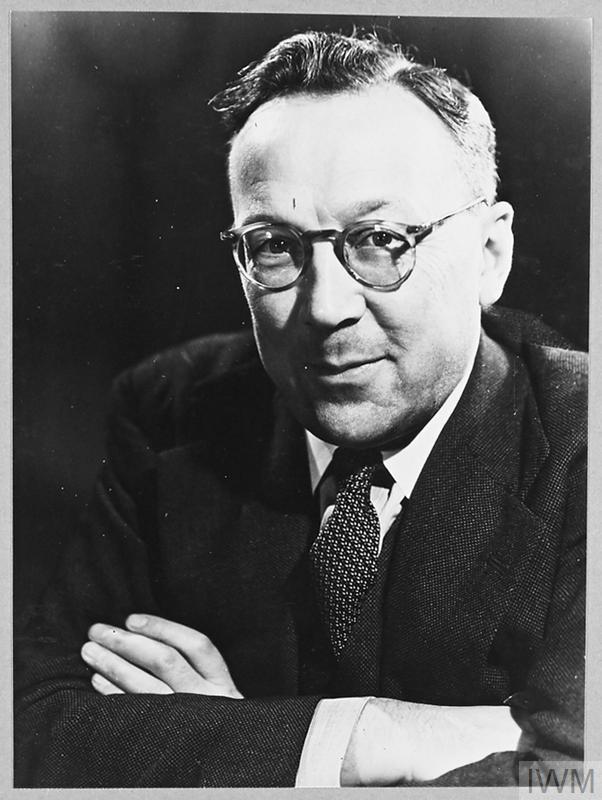