Andrew Beattie Sneddon RFC born in 1898 was the son Andrew M (Solicitor) and Sophie E Sneddon of Bellwood Park, Perth. On Wednesday 3 October 1917 he lost his life when he flew his Royal Aircraft Factory B.E.2e, A8641, aircraft out over the North Sea and did not return.

Sneddon attended Sharp’s Institution in Perth, which merged with Perth Academy in 1915, and is commemorated on the school bronze plaque memorial. Sneddon then attended St Bees School – Old St Beghian’s in the west of Cumbria where he is also commemorated on the school brass plaque. Sneddon is officially remembered at Hollybrook Memorial in Southampton.

Second Lieutenant Sneddon (66396) enlisted in 1916 and eventually joined RFC Squadron No. 65. The squadron was first formed at Wyton, near St Ives on 1 August 1916. In early May 1917, they moved to Sedgeford and were renamed as 65 Training Squadron.

Sedgeford aerodrome in the north of Norfolk, was a Royal Navy Air Force (RNAS) training base and an airfield that was used for aircraft attacking German Graf Zeppelin airships. The airfield was also a Class 1-night landing ground for pilots unable to locate their home aerodrome or who were forced to make an emergency landing. It was the only airfield in the area to have lit flares along its landing strip enabling the pilots to land safely in the dark.

The first Zeppelin airship attacks in 1915 were made along the North Norfolk coast, from Great Yarmouth to Kings Lynn. By late 1916, the aerodrome had been taken over by the Royal Flying Corp (RFC) and the reserve No. 65 squadron arrived in early May 1917. It was renamed 65 (Higher) Training Squadron, dedicated to turning out Corp pilots. They flew at that time, Royal Aircraft Factory B.E.s, Royal Aircraft Factory R.E.8s, and some Armstrong Whitworth F.K.8s.

By May 1917, German Gotha heavy bomber biplane aircraft began daylight attacks on England. By August 1917, when the British increased defences, they were forced to switch to night attacks. The Gotha’s were joined by  four-engine biplane strategic bombers, the Zeppelin-Staaken R.VI.

Known to the British as R-planes, these aircraft were German Riesenflugzeug (German for giant aircraft) biplane strategic bombers. They were powered by four engines, two pusher, and two tractors housed in nacelles between the wings.

German bombing during World War 1 started in January 1915 using Zeppelin and Schütte-Lanz airships. Most of the Schütte-Lanz airships were not usable due to their wooden construction which could not cope with damp conditions. About 51 raids were made during the war by airships, the effect was minimal, but they caused widespread alarm and the diversion of essential war resources to combat their threat.

The last Zeppelin airship raid on England was on 6 August 1918 and one Zeppelin, L.70 was shot down over the North Sea, near Wells-next-the-Sea on the north Norfolk coast. The pilot of the de Haviland DH4 who intercepted and destroyed L.70 was Major Egbert Cadbury (of the Cadbury Chocolate family). Cadbury was attending a charity concert at which his wife was performing. An RAF orderly found him, and they drove back to the airfield. Three Zeppelins had been reported about 50 miles off the coast and the weather was bad. Cadbury along with another pilot attacked a Zeppelin which promptly turned and headed for home. Cadbury, his gunner, Captain Robert Leckie, and the second pilot, Lieutenant Ralph Edmund Keys all received the Distinguished Flying Cross for their actions. (Cadbury had been recommended for a Victoria Cross for this action.) He later recounted:

‘At 22.20 we had climbed to 16,400 feet and I attacked the Zeppelin ahead slightly to the port so as to clear any obstruction that might be suspended from the airship. It was a most fascinating sight – awe inspiring – to see this enormous Zeppelin blotting the whole sky above one. The tracers ignited the escaping gas, the flames spreading rapidly and turning the airship into a fireball in less than a minute. The L.70 dived headlong into the clouds. It was one of the most terrifying sights I have ever seen to see this huge machine hurtling down with all those crew on board’.

(Handford, Paul (3 July 2014). “The story of Egbert ‘Bertie’ Cadbury and his remarkable achievement during WWI”.)

The B.E, R.E. & F.K aircraft were two-seater machines carrying one pilot and one observer, who were chiefly used for artillery observation, i.e. correcting, by observation from the air, the fire of batteries on the ground. They were tractor biplanes, i.e. the engine and propeller were in front, while the observer and pilot sat tandem in two cockpits, or nacelles, in the fish-shaped body.

The Royal Airforce was formed from the RFC and the RNAS on 1 April 1918. Later in October 1917, the Russian Revolution took place. In July 1919, Winston Churchill was almost killed while taking flying lessons at Beddington (Surrey), one of the locations for home defence in response to the Zeppelin raids. His aircraft stalled and tumbled out of the sky. On impact, it did not catch fire, and Churchill and his tutor, A J L Scott escaped with cuts and bruises. 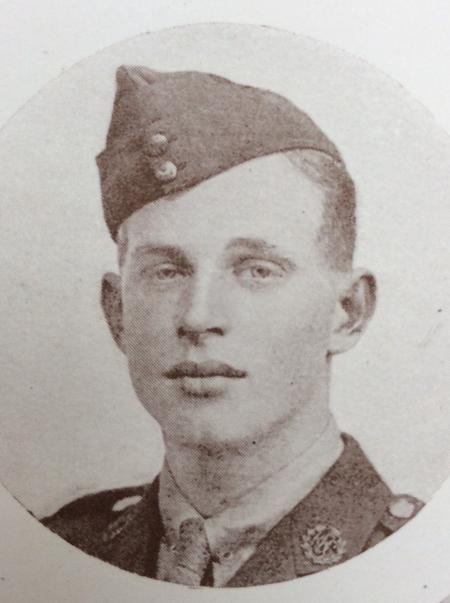 Side view of a Royal Aircraft Factory F.E.2b during the First World War. The propeller is just behind the wing. 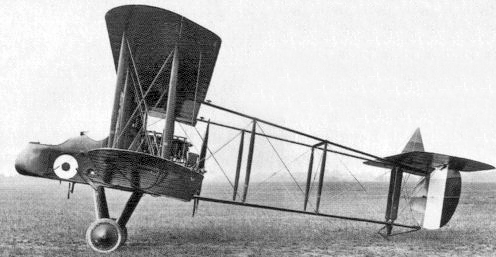 A photo revealing the scale of the Royal Aircraft Factory F.E.2b pusher biplane of the First World War.

A Royal Aircraft Factory F.E.2d, featuring a Rolls-Royce Eagle powerplant and a nosewheel. 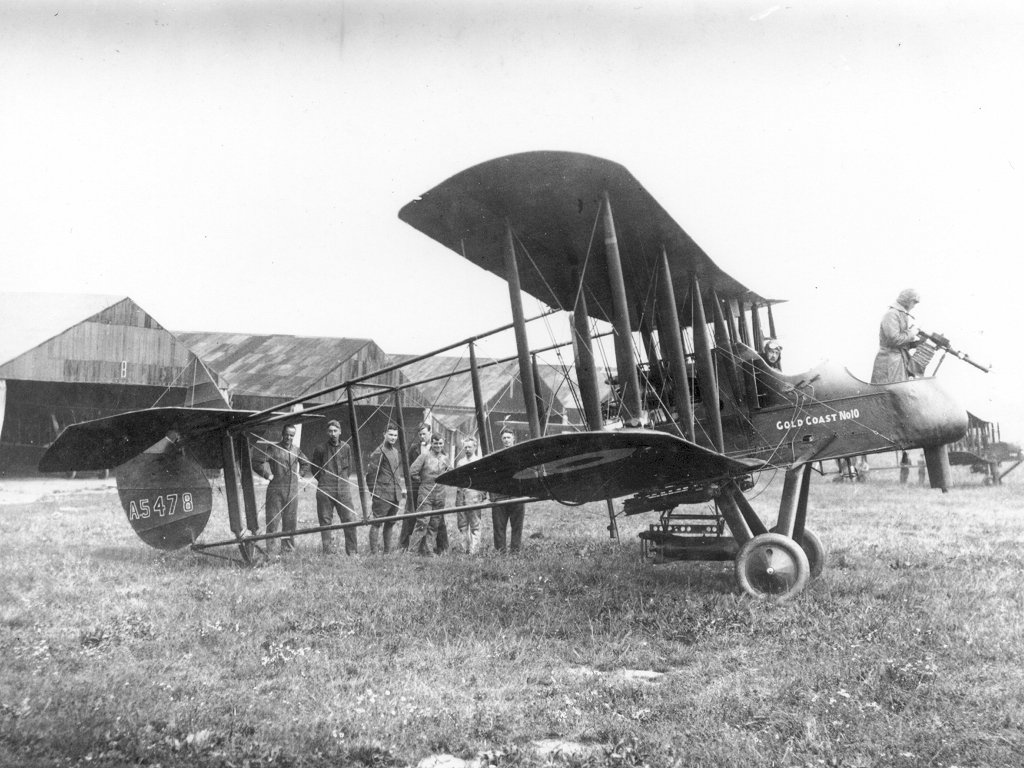