Pilot Officer (Under Training) William John Henderson was undergoing training at RAF No 2 Air Observer School at RAF Millom in Cumbria. On 10 January 1942, at 0420 hours, Avro Anson Mk.1 AX536 crashed soon after hitting an obstruction during take-off. It crashed into the sea and all on board were killed. The accident report stated that the cause was primarily due to lack of control during take-off which caused the aircraft to swing. The undercarriage wheel had struck the flare cover which in turn tilted or threw it into the air where it possibly hit the tail plane of the aircraft.

Henderson was the eldest son of  Robert and  Florence M Henderson, 3 James Street, Perth. He was educated at Guildtown and Balhousie Boys School. He had been in the RAF for 18 months. Before joining, he was employed by James Scott Electricians, Princess Street, Perth.

Tizard and Roberts have no known grave and but commemorated on the Runnymede Memorial. Henderson is buried in Wellshill Cemetery, Perth. A lectern in his memory was presented to St Martin’s Parish Church, near Scone, by the 8th Perthshire, St Martin’s Church Boy Scouts.

The Avro Anson was remembered with affection by RAF aircrew as ‘Faithful Annie’.

ROYAL AIR FORCE BOMBER COMMAND, 1942-1945. (HU 54488) Avro Anson Mark 1, DJ104 ‘XF-K’, and Armstrong Whitworth Whitley Mark V, N1369 ‘UO-U’, both of No. 19 Operational Training Unit, after a night flying accident at Kinloss, Morayshire, on 19 October 1943, during which the Anson pilot mistook the airfield controller’s signal and landed on top of the Whitley as the latter was starting to take off. Neither crew was injured and, although the Whitley was… Copyright: © IWM. Original Source: http://www.iwm.org.uk/collections/item/object/205211236 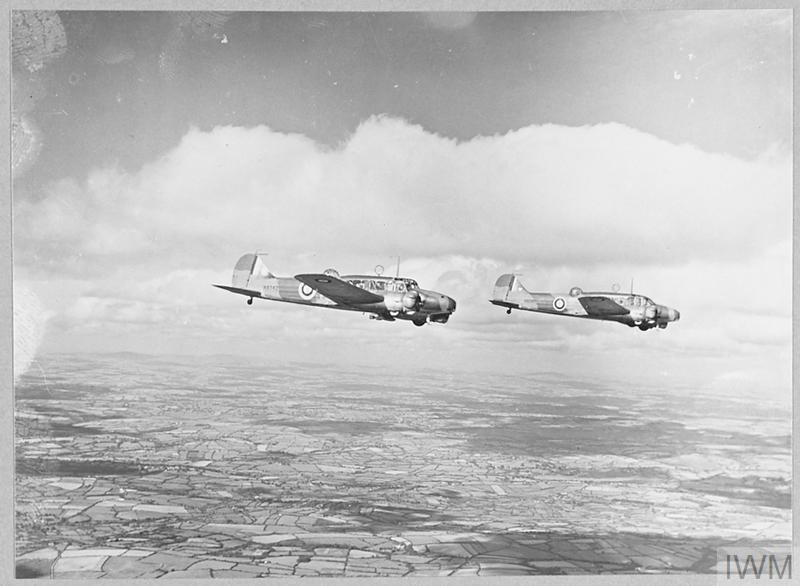