The message sent at 00.9 hours was passed to 18 Group by the Signals section at Sullom Voe. Eight first Class QTEss (request true bearing/track) were passed to Q/210 by Sandgerði (Iceland), H/F, D/F between 0050 and 0106 hours.

ASR (Air Sea Rescue) sorties were flown on 3 and 4 April. They failed to reveal any information. The sea was rough, and the wind was at 30 knots in the area in which Q/210 is thought to have ditched. The Catalina had been airborne for over 14 hours.

Patterson was the son of Alfred William and Christina Hughina Patterson of Perth. The crew are all commemorated at the Runnymede Memorial in Surrey.

Patterson died just over one month before VE Day (8 May 1945) when Germany unconditionally surrendered. The Perthshire Advertiser of 17 April 1945 reported Eric Cooke’s age as 25; the Commonwealth Graves Commission lists it as 21.

Consolidated PBY-5A Catalina’s had a range of 2,000 miles flying at a cruise speed of 125 mph giving it an endurance of 20 hours’ flying time. It was a Catalina flying out of RAF Castle Archdale (Lough Erne) that located the German battleship Bismarck 790 miles north west of Brest on 26 May 1941, leading to the ship’s destruction. Catalinas spotted the Japanese fleet approaching Midway Island on the night of 3 June 1941, leading to the Battle of Midway, 4-7 June 1941.

On 17 July 1944, Flying Officer John Cruikshank of RAF 210 Squadron, RAF Sullom Voe piloting a Consolidated Catalina attacked and sank the German submarine U-361. Cruikshank caught the U-boat on the surface, through a hail of flak from the submarine, his first pass was unsuccessful as the depth charges did not release. A second pass straddling the U-boat was successful and the U-boat sank. All 52 crew members onboard U-361 were lost. The German anti-aircraft fire killed the Catalina navigator, injured four other crew including Cruikshank and seriously injured the co-pilot, Flight Sergeant Jack Garnett. Despite Cruickshank being hit in 72 places, he and the co-pilot flew the aircraft home through the night for five and a half  hours to Sullom Voe. Cruikshank, born in Aberdeen, was awarded the Victoria Cross and the co-pilot, Jack Garnett, the Distinguished Flying Medal.

A Catalina takes a run before taking off. Copyright: © IWM. Original Source: http://www.iwm.org.uk/collections/item/object/205443541 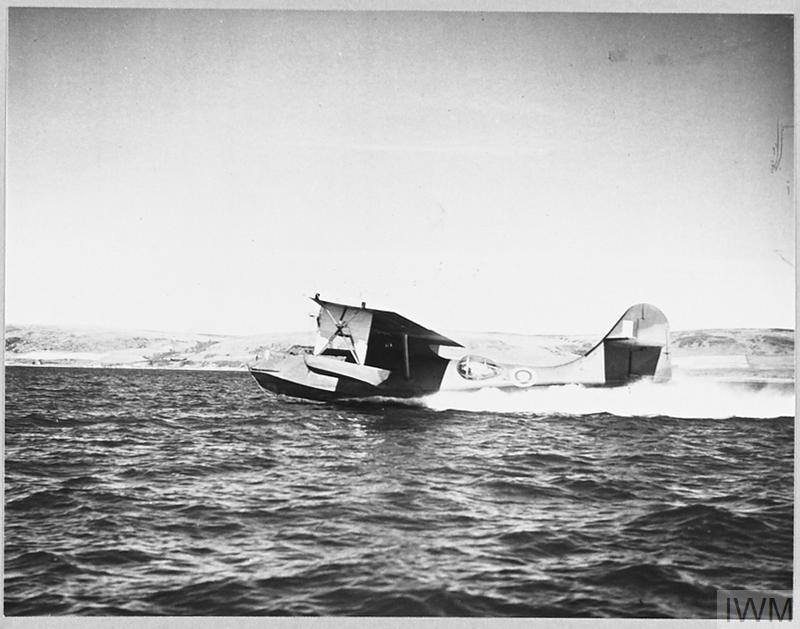